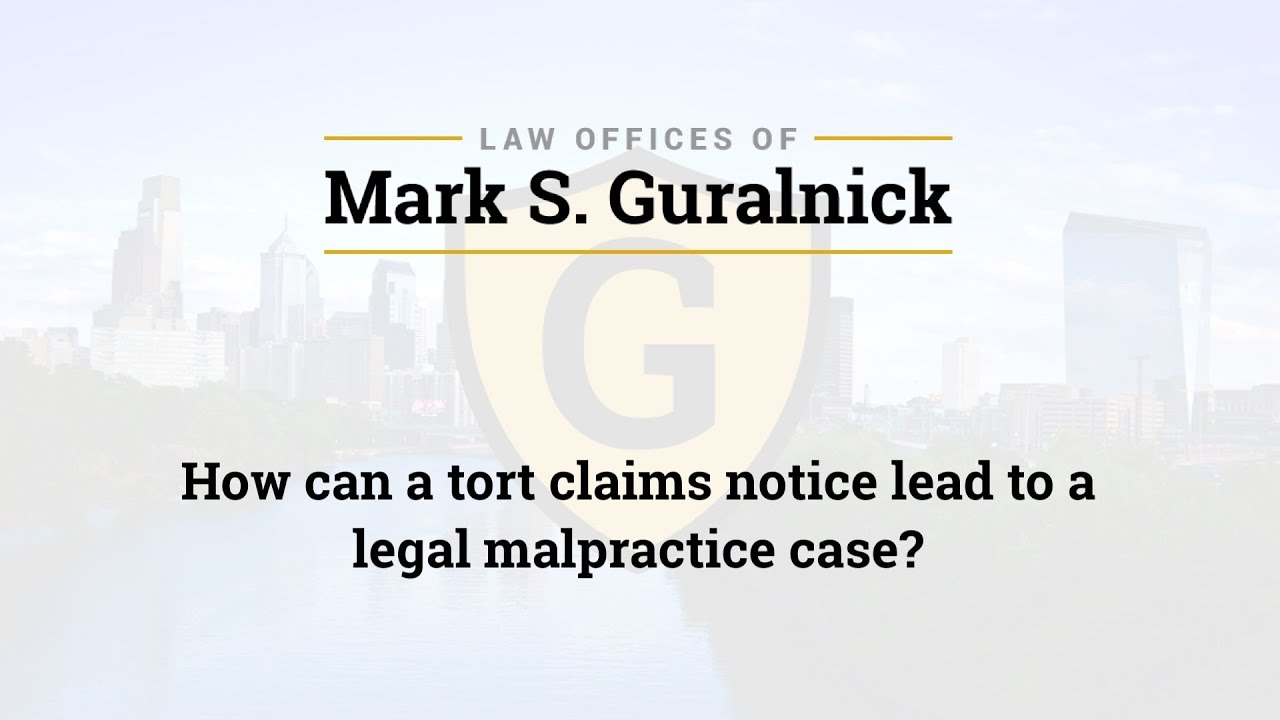 When somebody is injured on government property or by a public employee, a lawyer must take several additional steps in representing the victim. One of those steps is the filing of a “tort claims notice.”

A “tort claims notice” is a document that is prepared by a lawyer and which must be filed with a government agency within a fixed period of time, advising the agency that somebody is making a claim against it.  Although the victim may eventually choose to file a lawsuit for her injuries, she still must initially file the tort claims notice within the special deadline set for such notices. If she fails to do so on a timely basis, then she won’t be able to claim any damages whatsoever. It’s sort of like a second statute of limitations – but it occurs before the actual statute of limitations.

Let’s look at an actual example:  Victor Victim is driving his car in Princeton, New Jersey. He comes to a stop at a red light. While lawfully stopped at the traffic signal, Victor is rear-ended by a state trooper driving his patrol car, but not paying attention. Victor is injured, suffering neck and back injuries. He hires Adam Attorney, Esq. to represent him in his claim for damages against the state trooper. Because the state trooper is employed by the New Jersey State Police (a state agency), Victor’s lawyer, Adam Attorney, Esq. will be required to file a Notice of Tort Claim. Under New Jersey law, in fact, Adam Attorney will have only 90 days from the date of the accident to file the Tort Claims Notice. If he fails to do so on time, Victor will be “forever barred” from recovering money for his injuries.

What if Adam Attorney fails to file the Tort Claims Notice? If this occurs, and if he cannot somehow correct the situation, then Adam Attorney will be liable for legal malpractice. In effect, Adam will be on the hook for the damages that the State of New Jersey would have had to pay to compensate Victor, because Victor will at that point be forever barred from recovering against the State due to the attorney’s negligence in failing to file the tort claims notice on time.

Lawyers must be extremely vigilant in knowing when to file a tort claims notice. There are literally hundreds of possible scenarios. For example:

Lawyers must also must pay strict attention to the deadlines for filing the Tort Claims Notice. In New Jersey, as noted above, it is 90 days; in Oregon, however, it is twice as long.

At the Law Offices of Mark S. Guralnick concentrates its specialized team of professional liability attorneys on helping victims of legal malpractice and attorney negligence. If your lawyer failed to file a timely or a proper Tort Claims Notice or if you have been a victim of a mishandled legal claim, please feel free to contact our office for a free evaluation of your case at 1-866-337-2900.