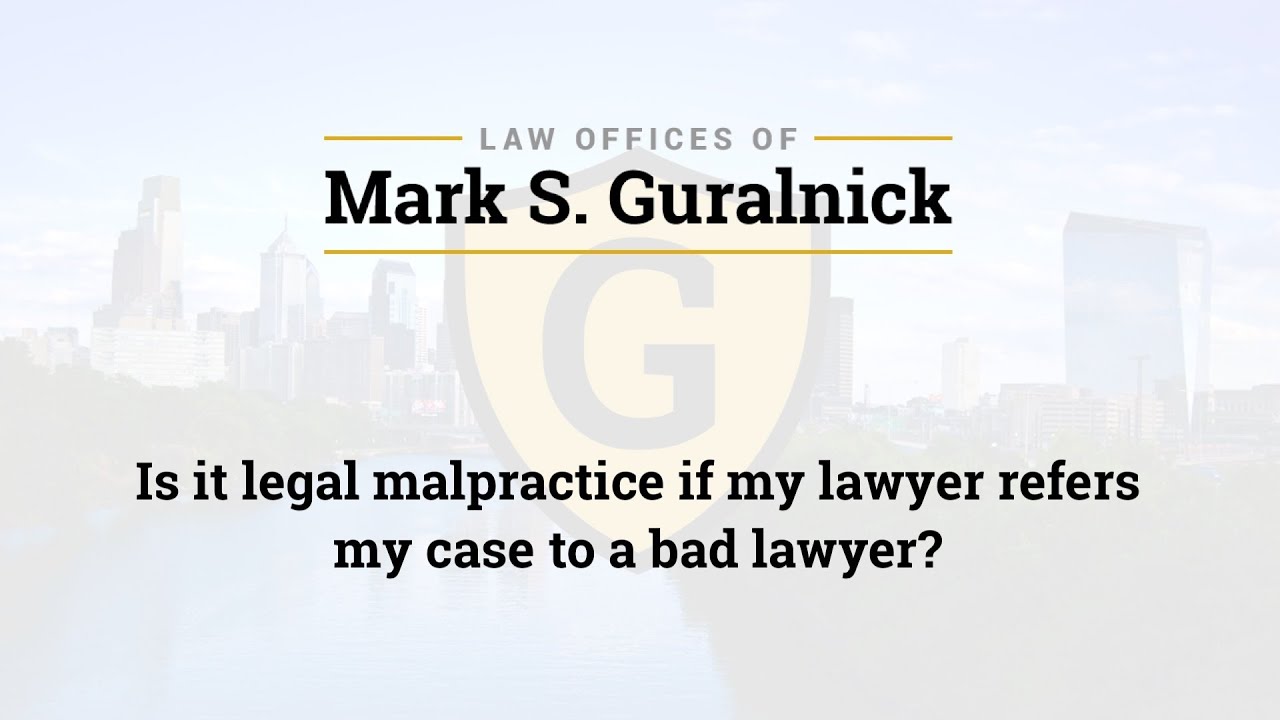 When an inexperienced lawyer screws up, his boss and his law firm may be responsible for failing to supervise him. Consider, for example, what happened in the case of Gautam vs. De Luca, which was heard in the New Jersey Superior Court. In that case, Mr. and Mrs. Gautum hired an attorney to represent them in a medical malpractice case. The lawyer missed a number of deadlines in the case, and ultimately, the judge threw out the case because of the lawyer’s sloppy work. The lawyer failed to tell the clients that the case had been dismissed. Instead, he wrote a letter to them advising that he had become ill and could no longer represent them. The Gautums then made calls to the court, at which time they learned that their case had been dismissed.

The Gautums then sued the lawyer and his boss. The appeals court, in reviewing the decision, held that an attorney’s failure to properly supervise the work of his associate may constitute legal malpractice, particularly where the associate is hindered or disabled by an illness.

How Mark S. Guralnick Has Used This Argument to Win Cases

The Law Office of Mark S. Guralnick has utilized this approach to win cases in the past. For example, we represented a client who owned an apartment building in a New Jersey shore resort town. He hired a real estate law firm to assist him in converting the apartments to condominiums. The market for condos had been very profitable at the time, and buyers were aggressively searching for new seashore condo units. Unfortunately, the experienced partner who was hired to handle the condo conversion re-assigned the case to his inexperienced associate lawyer, somebody who had graduated from law school only a few years earlier.

The associate did not understand the nuances of condo law, and she struggled repeatedly to get approvals from the state agencies that oversaw the process. In fact, while the partner was failing the supervise the associate, the young associate wasted several years of time trying to get the job done. By the time the law firm was able to obtain the authorizations for condo conversion, the market had changed for the worse. Our client had lost profits that he would have made had the job been completed sooner.

Our firm filed a legal malpractice lawsuit against the law firm, highlighting the negligence of the partner in failing to supervise the work of his inexperienced associate. The case settled for six figures.

The Duty to Supervise is Also in the Ethical Rules

Not only is it a form of malpractice, but a failure to supervise an inexperienced lawyer may constitute a violation of the lawyer’s ethical rules. The duty to supervise is set forth in Rule 5.1 of the Model Rules of Professional Conduct. Rule 5.1(c) provides that a lawyer may be disciplined for another lawyer’s violation of the Rules of Professional Conduct if: (1) the lawyer orders or, with knowledge of the specific conduct, ratifies the conduct involved; or (2) the lawyer is a partner or has comparable managerial authority in the law firm in which the other lawyer practices, or has direct supervisory authority over the other lawyer, and knows of the conduct at a time when its consequences can be avoided or mitigated but fails to take reasonable remedial action.

The Lawyer Must Also Supervise His Paralegals and Secretaries

Attorneys are also responsible for the conduct, and the misconduct, of their support staff. In one case out of Florida, The Florida Bar vs. Mitchell, the lawyer was suspended for 15 days and found responsible for his legal secretary who forged the name of the opposing attorney on a legal document. In another case, Matter of Struthers, the Supreme Court of Arizona disbarred a lawyer who “virtually abandoned responsibility for running his office” by passing all responsibility over to his non-lawyer staff.

We have also seen cases where lawyers are sued because they delegated responsibilities to their paralegals, who failed to complete the work on time and therefore harmed the client’s case in some way. Or, in another scenario, lawyers are on the hook when they allow their legal secretaries to complete paperwork for the client, but then never review their secretary’s work before filing it with the court or a government agency or sending it to an opposing lawyer. Failing to supervise the support staff, and to review their work, can complicate, if not damage, the client’s case.

What Law Firms Should Do to Avoid Negligent Supervision Lawsuits

To prevent malpractice claims based on negligent supervision, lawyers and their firm need to exercise the utmost vigilance over their work and the work of their partners, associates and support staff. To avoid the risk of a mishap, law firms should follow these procedures: